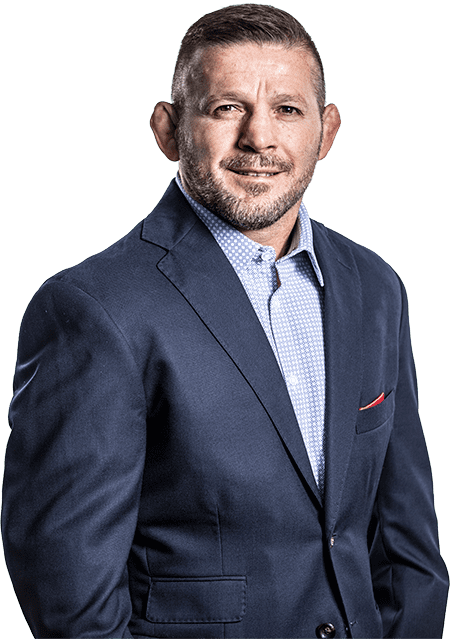 With three world medals to his name, Sammie “The Bull” Henson has become one of the most celebrated wrestlers in USA history.

Born in St. Louis, Missouri in 1971, Sammie has become one of the most decorated and respected wrestlers in America. He started his wrestling career at a young age and went on to graduate from Francis Howell High School in St. Charles, MO.

His resume as a competitor speaks for itself, and it all began in 1988 as a member of the Junior World Championship in Austria. Ten years later, Sammie became a world champion for Team USA at the World Wrestling Championship in Tehran, Iran, which led to him winning the John Smith Award for USA Wrestler of the Year.

He then earned a silver medal at the 2000 Olympic Games at 55kg (121 lbs.) in Sydney, Australia, and took home the bronze medal at the 2006 World Wrestling Championship at 35 years of age.

Sammie started his collegiate wrestling career at the University of Missouri, where he was named a Big 8 Champion and All-American in 1991. He then transferred to Clemson, where he became a 2x NCAA Champion and finished his career with a 71-0 record. He was named Clemson’s Male Athlete of the Year in 1994 and was inducted into the Clemson Academics Hall of Fame in 2000.

While at Oklahoma, Sammie helped secure the no. 2 recruiting class in the country, coached seven wrestlers to All-American status at the NCAA Championships, and help the program become the top academic squad in the Big 12.

In the summer of 2014, he guided WVU assistant coach Nick Marable to a spot on the U.S. World Team.

Sammie held an impressive 17-year streak of All-Americans, having coached a total of 20 athletes with five NCAA National Championships. Throughout his career, Sammie has mentored numerous national champions, All-Americans, and conference champions from Big 12, Big 10, and Pac 12. They include:

Today, Sammie’s passion for wrestling and coaching takes him all over the world for clinics, workshops, and as head coach of the Sunkist Kids Wrestling Club.